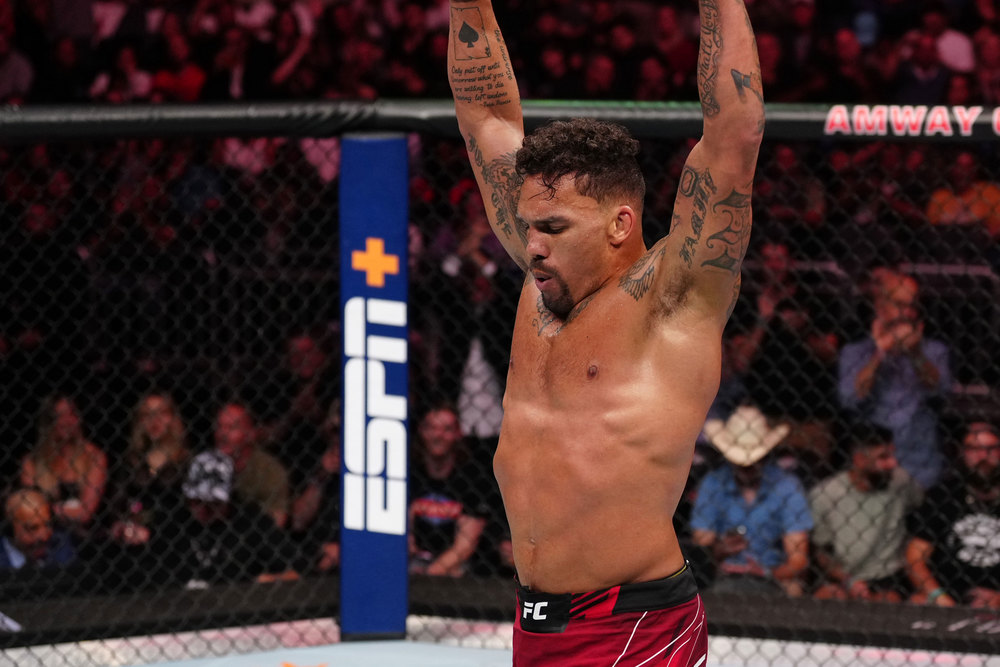 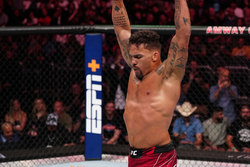 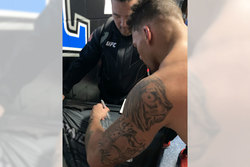 Own UFC history with this signed event worn jersey worn by Eryk Anders as he took to the Octagon for his Main Card bout at the UFC Fight Night: Thompson vs Holland event.

This event worn jersey was worn by the UFC star as he took to the famous Octagon for his bout, competing in the middleweight division against Kyle Daukaus. The UFC Fight Night: Thompson vs Holland event was held on December 3, 2022 at the Amway Centre, Orlando, United States. Anders took the glory, defeating his opponent via KO/TKO in the second round - a bout to remember for fans of the athlete.

The jersey has also since been signed by the athlete himself - UFC fans won't want to miss it.   This product is exclusive to UFC Collectibles.