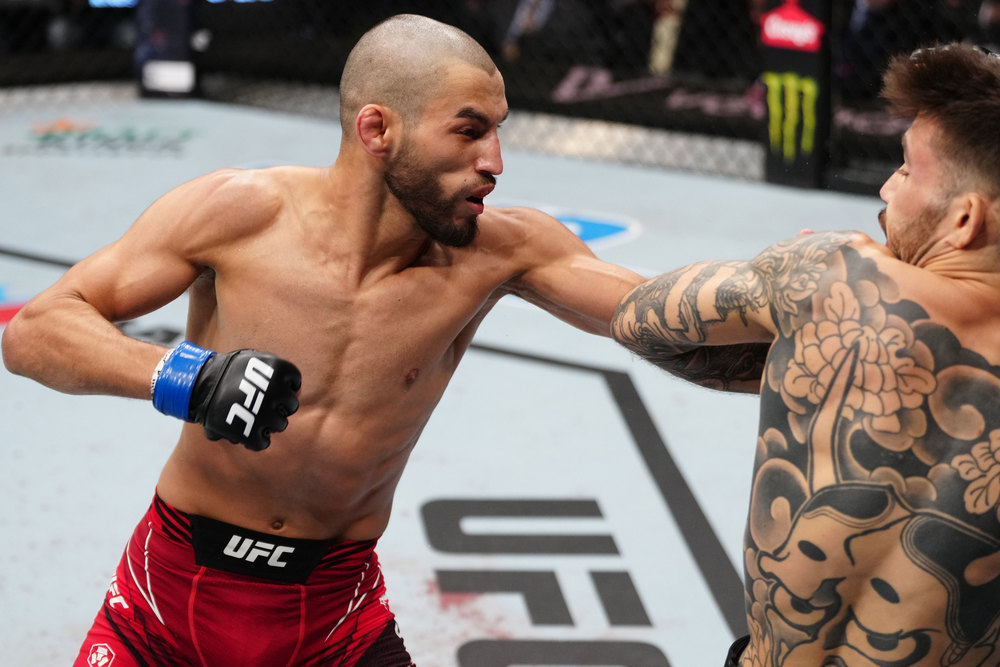 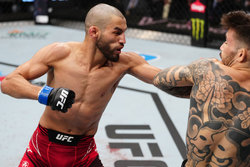 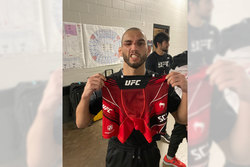 Own UFC history with these signed fight worn shorts, worn by Matt Schnell as he took to the Octagon for his Main Card bout at the UFC Fight Night: Thompson vs Holland event.

These fight shorts were worn by the UFC star as he took to the famous Octagon for his bout, competing in the flyweight division against Matheus Nicolau. The UFC Fight Night: Thompson vs Holland event was held on December 3, 2022 at the Amway Centre, Orlando, United States. Nicolau won via KO/TKO in the second round.

The shorts have also since been autographed by the athlete himself, making them the perfect piece of UFC history.

This product is exclusive to UFC Collectibles.