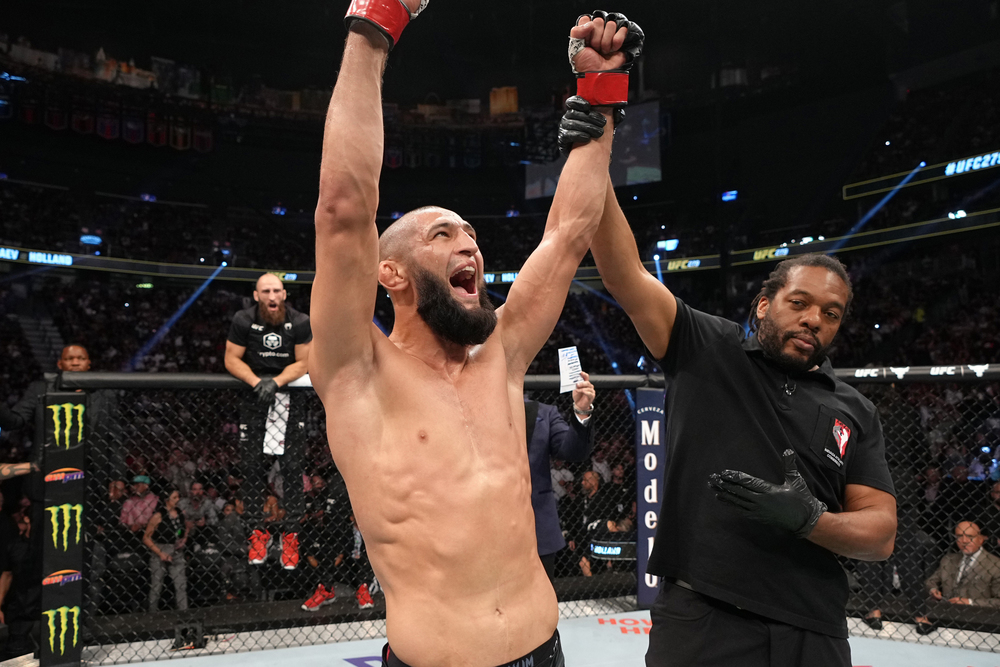 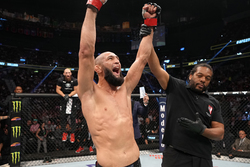 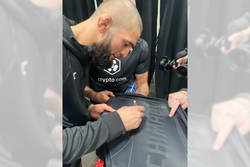 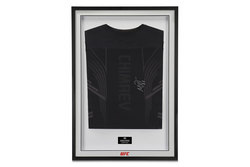 Get your hands on a genuine piece of UFC history! This event worn walkout jersey was worn by Khamzat Chimaev during the UFC 279: Diaz vs Ferguson event and now could belong to you.

The event took place on September 10, 2022 and was held at T-Mobile Arena in Paradise, Las Vegas, Nevada, United States. Khamzat Chimaev was originally meant to be headlining the event with Nate Diaz, however after not making the correct weight during the weigh in, the bouts were moved around and Chimaev ended up facing Kevin Holland in a catchweight bout.

The Main Card fight lasted one round, during which Chimaev was deemed the victor via submission.

This walkout jersey was worn by Khamzat Chimaev as he took to the Octagon. It has also been autographed by the athlete himself making it a collectible you don't want to miss. It comes professionally framed and ready to display.